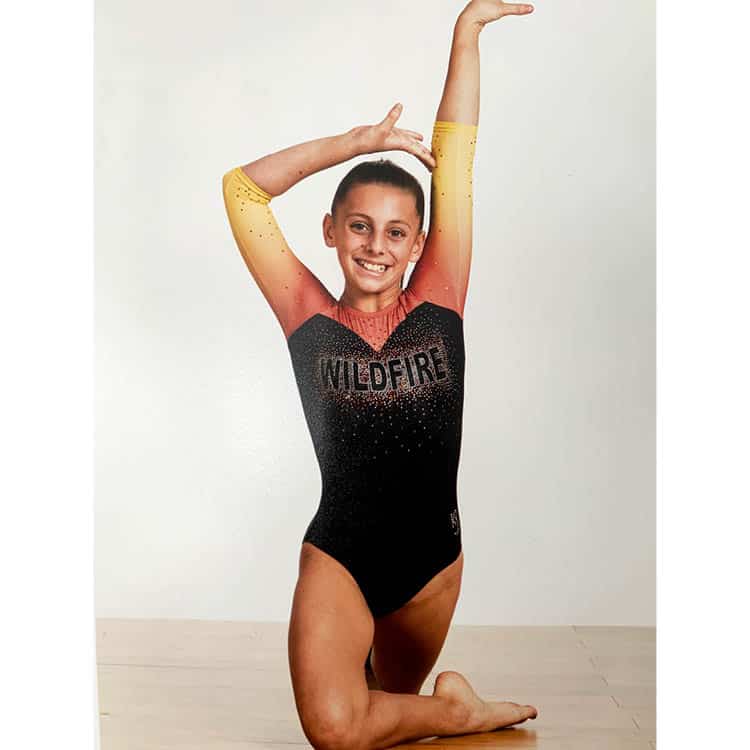 “I really feel like Kim has helped shape me into the athlete and person I am today. Not only did she care about my physical recovery, but she was also concerned with how my injury had impacted my emotional health."
– Presley Wickman

Presley was a competitive gymnast and she was injured during practice while performing a skill on the beam.  She was doing a back tuck and landed in a hard, twisting motion on the beam, which caused a spiral fracture to her tibia, fibula and growth plate in her ankle area.  A reduction was required to reset her leg.  She was required to wear a cast for 8 weeks (4 weeks no pressure, 4 weeks with a walking cast).  Then she wore a walking boot for about 6 weeks.  When she began physical therapy, her left leg was very weak and she could not stand on that leg alone.

Presley had a few gymnast friends that were treated at Coury & Buehler for injuries.  Her family also knew Rich Coury because he has coached their son in multiple sports.  When we informed him about Presley’s injury, he referred us to Kimberly McLean, PT, DPT, SCS, OCS, CSCS who is a former gymnast and very familiar with injuries in the sport of gymnastics.

Presley recalled her time of working with the physical therapist team at CBPT: “Working with Kim was awesome! Each and every day that I had therapy she made sure that I was comfortable and ready to rock another day! If I was doing a certain exercise wrong, she always helped explain it to me in the most understandable way. I really feel like Kim has helped shape me into the athlete and person I am today. Not only did she care about my physical recovery, but she was also concerned with how my injury had impacted my emotional health.  She always asked how I was feeling and addressed any fears or concerns that I had regarding my recovery process.  Without Kim, I don’t think I would’ve had a better outcome with the injury I sustained. Every day, I was excited to go to PT, because I knew I had the best physical therapist out there. She treated each one of her patients with so much care and respect.”

Presley is able to do everything with absolutely no pain at all.  She says, “I was so fortunate to have the best instructors who really had so much interest in helping my leg completely heal. Some days were harder than others, but in the end everyday of physical therapy really paid off. My time at Coury & Buehler Physical Therapy worked tremendously, and I couldn’t be happier with the outcome.”