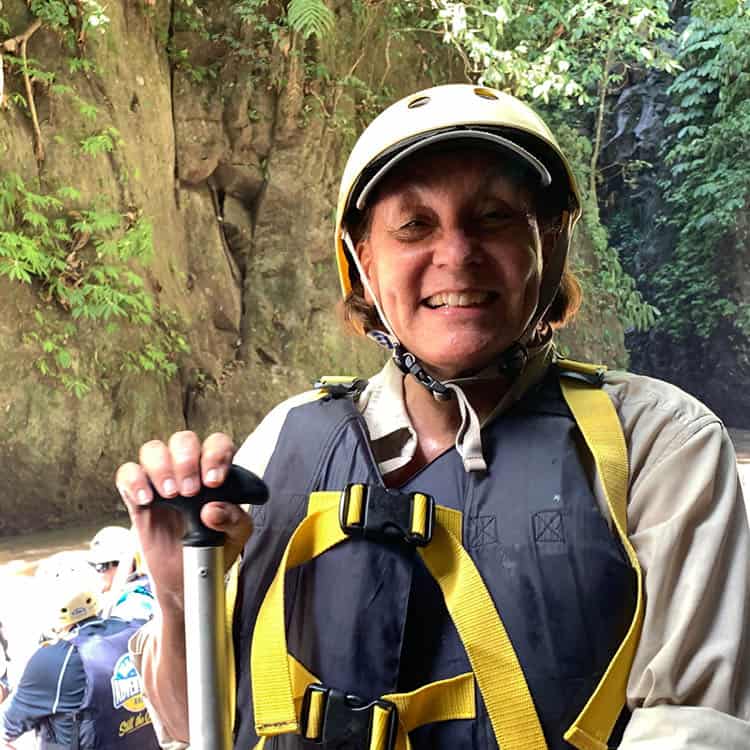 Cynthia has always been active, including getting up each morning to do an aerobic workout before going into work.  After retiring, she continued her morning routine, but started noticing some pain in her right knee doing certain movements.  During a regular annual physical, she discussed the increasing pain with her doctor.

After limited success with certain recommendations, it was suggested that the arthritic knee be replaced - and the sooner the better because “the younger you are the quicker you heal”.  She had the surgery and needed to be ready for a major National Geographic Expedition by the following year.

Cynthia was referred to CBPT after surgery.  She says, “I really liked the facilities and staff, not to mention the immediate progress I began to see.  Diego explained everything to me clearly, listened carefully to my goals and patiently answered my numerous questions.  We had a plan and a timeline!”

She has always loved to travel and one of her goals was to be able to continue that.  Cynthia has now visited 68 countries and wants to keep adding to that list as long as she can. She has completed several physical challenges: